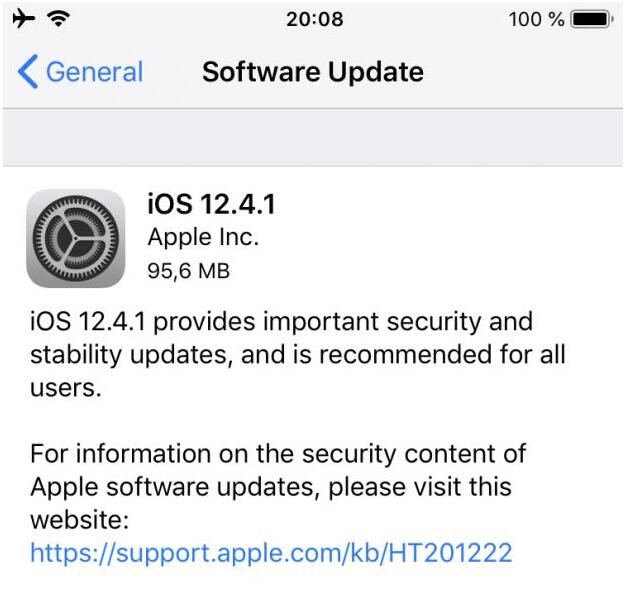 Apple released a patch to fix a dangerous bug on Monday.

The iOS 12.4.1 patch, released on Monday, fixes the bug again. According to iOS security researchers, malicious hackers could exploit the re-exposed vulnerability and combine it with other weaknesses to gain access to iPhone users.

“People must be very careful what Apps they download from the Apple AppStore,” iOS security expert Stefan Esser warned on Twitter.

Apple did not respond to a request for comment immediately. When the patch was released, Apple thanked the Google researchers who first discovered the bug, as well as Pwn20wnd, the developer of such jailbreaks.

If you use Apple, update to the latest version as soon as possible for the latest protection.