Ivacy Clears the Air and Confirms PureVPN Had Minor Stakes 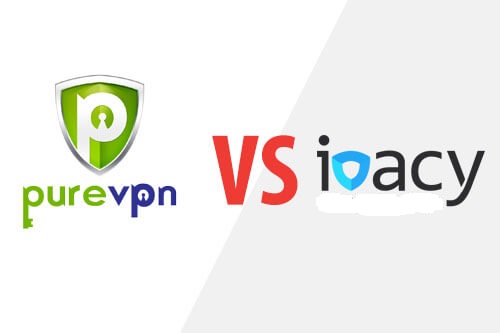 The rumor about a possible connection between the two famous VPN providers PureVPN and Ivacy spread for a period of time. Now, Ivacy clears the air and confirms PureVPN’s minor stake in the company. Frank, PR Manager at Ivacy states,

“Ivacy is an independent entity. Even though Ivacy has already debunked this myth on a variety of occasions in the past, people continuing to ask this question is beyond me. I’ll say this once and for all: Ivacy is an independently registered entity, with its own merchants, bank accounts, partners, and legally binding contracts. Ivacy’s independently operated and developed apps, backend, billing, legal agreements, and partnerships are a testament to this fact. Their stakes are only minor. What more do you want from Ivacy?”

According to Frank, Ivacy is an independent service and PurVPN only offered help in network infrastructure. The company is looking for further collaborations in the industry to deliver best possible VPN service. The minor stakes can be transferred in due time.

“The said VPN provider has stakes only limited to shared infrastructure and for maintaining anonymity. The variety of publically identifiable digital footprints is in the name of the OEM partner because they are one of the very few providers whose identity is already public knowledge. This is done from a privacy, anonymity, and well-being point of view of both our users and our high-profile tech investors, which is a common practice in the VPN industry, and we respect that. This anonymity has played a vital role in keeping our users’ privacy uncompromised for more than a decade.

When Frank was asked about the owners and management of Ivacy, he gave his answer.

“Being a private limited company, there is no legal or ethical obligation to reveal who the people behind Ivacy are. Secondly, I know for a fact that the people behind, value their customer’s privacy above everything else, and as of now, they are not too keen on opening up their investment portfolio for the world to see, so no authority can pressurize Ivacy’s management into keeping any sort of publically identifiable data.”

The minor stakes of Ivacy does not affect their cybersecurity solution. Ivacy generously explained its operations and won users’ trust. The transparency of the company reveals that they value their users’ online privacy and security.