Is there a FBI App Designed to Monitor Illegal Porn?-How to Remove False FBI Accusation?

What can Fake FBI Virus Do on Your Device?

The fake police warning takes your device hostage and demands a ransom to unblock. Hence, we call it ransomware. Ransomware attacks are typically carried out using a Trojan virus that is disguised as a legitimate file that the user is tricked into downloading or opening when it arrives as an email attachment. Commonly, ransomware viruses exploit the names of authorities including the FBI, USA Cyber Crime Investigations, The ICE Cyber Crime Center, Department of Justice, CeU, Metropolitan British Police and AFP etc.
On the locked screen, you may see “ATTENTION! Your phone has been blocked up for safety reasons listed below.” It may accuse you of watching banned pornography, using copyrighted files or other law violations. Pictures of child pornography, zoophilia and rape etc. are shown on the screen. It deceives you to believe that your device system has been controlled and blocked by FBI agent, requesting an immediate fine from you to avoid further criminal charges. 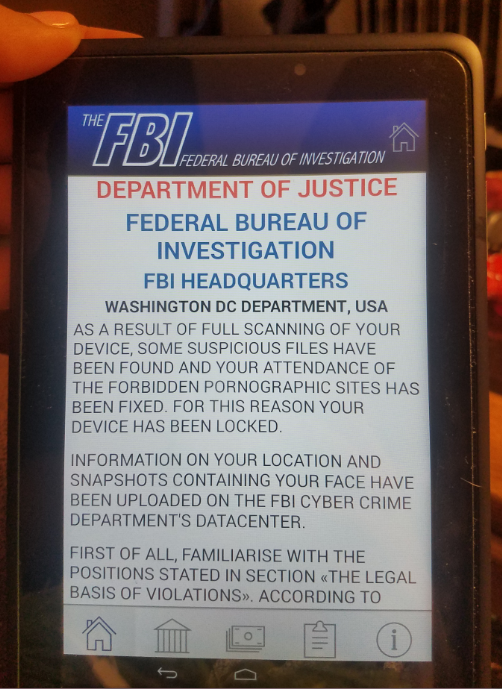 To make the warning authentic, it displays some your personal information, saying that your Internet address has been identified by the FBI or Cyber police due to having been associated with child pornography sites or other illegal online activity. It has your IP address, location, device system and contacts. A picture of political leader may be displayed there next to the FBI logo, pointing at you. By showing part of your contacts, it threatens that your family and friends will get message and notice your illegal activities. According to victims, some infected mobile devices did send an SMS message to all contacts in the address book. Some device didn’t. It may depend on the version of virus you have. It may tell you that your friends also will be interrogated for your crime. The fake FBI virus even activates your camera and takes a picture of your face without your permission. It says your profile has been uploaded to FBI crime data center. If you don’t pay the penalty in time, you will face an investigation from police and go to jail in the end. Is there a FBI App Designed to Monitor Illegal Porn?-How to Remove False FBI Accusation? Imaging that your face is placed with the FBI warning, it is really horrible. However, you need to calm down. Though it looks genuine in a way, the warning actually has nothing to with the real police. 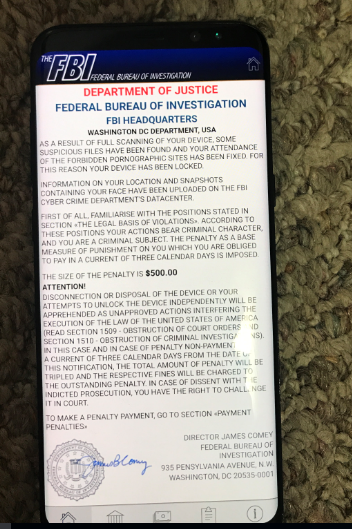 In most cases, cyber criminals employ the Green Dot MoneyPak, Ukash, Onevanilla or PaySafeCard pre-paid card services to collect fake fines from unsuspecting mobile device users. Why would they choose prepaid card? It is because the criminals can’t be tracked for prepaid card payment. Usually, it demands a fine of $ 100 USD to $ 500 USD within 48 or 72 hours. It also has a countdown there. What will happen after the fake FBI fine time runs out? Will the police come to arrest you? No. You are fine with the police. The only problem is the virus will stay in your device and may corrupt your files. Some viruses even reset your PIN to prevent you from access the system to get rid of FBI warning. Besides, the virus is a big threat to your financial information. If the FBI illegal child porn appears on your device, you need to take action immediately to get the virus files removed from your device to prevent further loss. 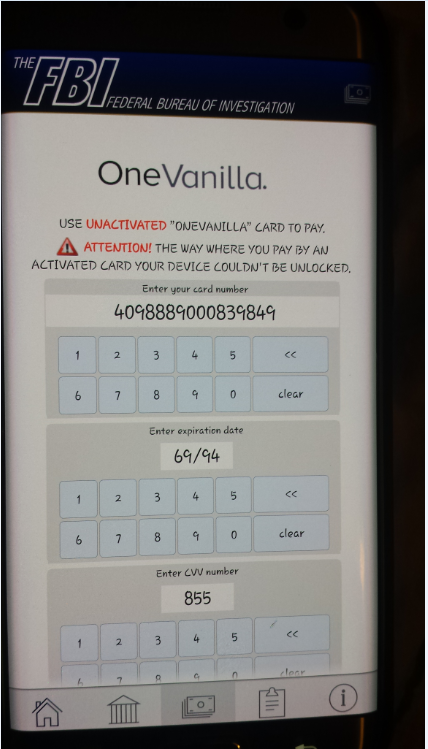 Should You Pay the Fake FBI Fine? 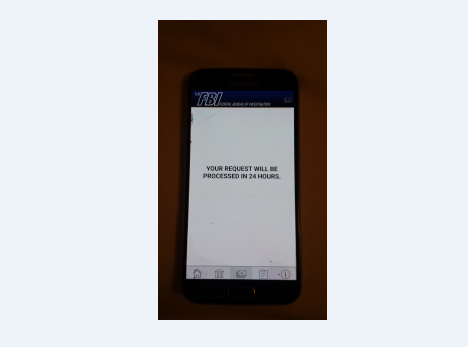 Manual removal process, which requires advanced computer knowledge and abilities as well to deal with the virus manually, is suggested here as the most efficient way of unlocking android mobile from ransomware Virus. Due to the changeable characters of virus files and associated settings, we suggest you contact computer experts for help.

How to Remove False FBI Accusation? Since paying the so-called fine won’t help you remove this scam virus, manual removal is an effective solution for this. Just delete the rogue software behind this fake warning manually. Processing manual removal is supposed to have a certain level of tech skill. If you are not sure how to start and are afraid of making any critical mistakes damaging the mobile device, please live chat with YooCare Expert now.

(1). For various android phones: hold down the power button to bring out the menu with Power Off and Reboot option—-hold down the Power Off option (If nothing happens, please tap and hold the Reboot option instead)—-click OK on the pop-up box asking if you want to access safe mode.
(2). For Samsung Galaxy S4 and Samsung Galaxy S5: power off the device first. Press power button to power it on and tab the soft-touch Menu button repeatedly 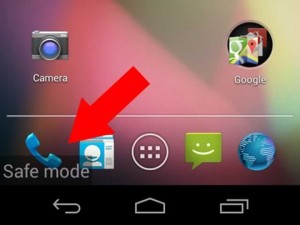 Suggestion: How to Remove False FBI Accusation? Manual removal is a skillful and risky job, if any mistakes are made during the removal process, you may damage your device immediately. If you are not sure how to start, please contact YooCare PC experts online for help right now.