How Can You Use Hangouts in China on Samsung Galaxy S7?

Hangouts can save your phone minutes, screen your calls before answering them or let certain calls through to you automatically without them having to wait. If someone is bugging you, block their number and let them think your number has been disconnected by choosing that option. It’ll act like your personal assistant, w/o the cost of one. What a great phone number & you can have it notify you on any of many numerous type computers all at once or in a certain order of succession or on one TV’s for instance, they just need internet access. It’s also a standard texting and messaging app, but Hangouts was merged with Google Voice. It now gives you the ability to make video and voice calls, giving you a nifty all-in-one solution. And all of the improvements from sending multiple photos to sending your location to your friend(s), to even the animated emoji gumdrop gifs that you could send dubbed “stickers” (which are still cute as hell)! 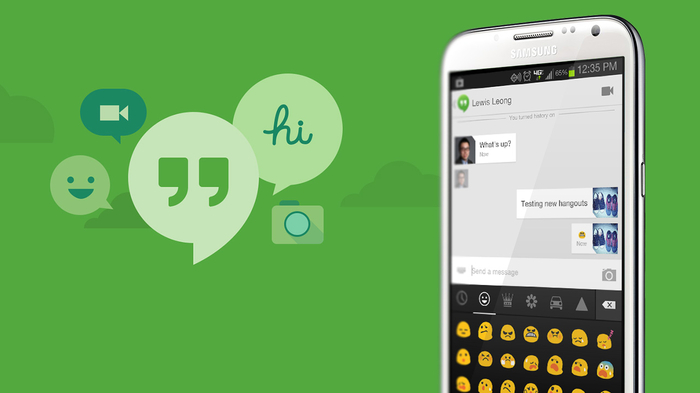 Why you can’t use Hangouts in China? How to do?

The government controls are extremely strict in China. Because on those platform like FB or Google, there are too much information ‘revealing’ the dark side of the CCP government. Some of them may be true, but there also existing some rumors which are posted intently by some anti-government forces. If all those information can be got without any censor, the stability and the current policy system will be threatened. Not just the government, all the citizens are not willing to see any instability of the policy system and the society in China.

You need to use a virtual private network (VPN) to access Hangouts from China, as there are no official or “legal” ways to do so. A VPN is a program that lets you pretend you’re accessing the internet from somewhere other than where you are. A virtual private network (VPN) obscures the content you are accessing by routing it through a private (and usually encrypted) connection. Many free VPNs will have limits on either bandwidth or total dataflow per day. You can subscribe to higher-volume VPNs for about $10 a month, which may be worth the investment if you know you’ll be using them a lot. Consider sharing one VPN account with a few friends to split up the cost. it is technically legal to use a VPN. The Chinese government has never stated that it is illegal to use a VPN to circumvent the “Great Firewall”, and nobody has been prosecuted for using a VPN. Despite this, China blocks the websites of most major VPNs. If you access websites that operate in China, remember that they’ve agreed to disclose information about where you’re accessing the site from—and what you’re doing on them—upon request from the Chinese government.

Suggestion: For avoiding the restraint and censorship of Great Firewall of China, VPNs is the answer for convenient access. One important thing to memorize is that VPNs are not free of cost for use in China. You need to subscribe to a VPN service, and the plans have different payment plans such as monthly and yearly plans. If you still don’t know how to access Hangouts in China, you’re welcome to contact our online technical team by clicking Start Live button bellow:

• Express VPN – They are a fast and reliable VPN provider. They provide full support to help you set it up at a nominal cost. You also get a 30 days money back guarantee.

• Vypr VPN – A highly rated extra secured VPN which encrypts your data to let it bypass firewalls and has a firewall called NAT firewall of its own to give you that extra edge you need. You can choose from 70+ locations

• Nord VPN – A new VPN service provider with a great balance between streaming and privacy and have the option to let you choose your desired location from 60+ countries.

• IP Vanish – The best feature they offer is that they have their own servers and they do not take the help of any 3rd party servers. Ideal for privacy and gives you the liberty to choose from 50+ locations.

• Opera Browser – The only desktop browser in the world which has an embedded VPN service and can be turned on or off when you wish. You get the option to choose your location, and the browser is unnaturally fast along with the VPN service they offer.

• Orbot – This is a mobile application which you need to install on your cell phone. Once started and ready, you can change your location at the touch of your finger. A very pleasant user interface and fast as well. You can actually force all your applications to use Orbot while they use the internet. So total privacy is an absolute guarantee. The desktop counterpart for Orbot is TOR. It uses military-grade encryption to give you some much-needed privacy.

• Hola VPN – When it’s for the mobile platform, Hola is what you may choose. Most used mobile VPN which gives full functionality despite being free; sometimes it will make you wonder why it isn’t available for desktops.

• Hotspot Shield – It’s a fairly popular VPN service. Free Version has limited functionality but still worth a shot. You will have limited option in choosing your location, optimized for desktops, laptops as well as mobile devices. 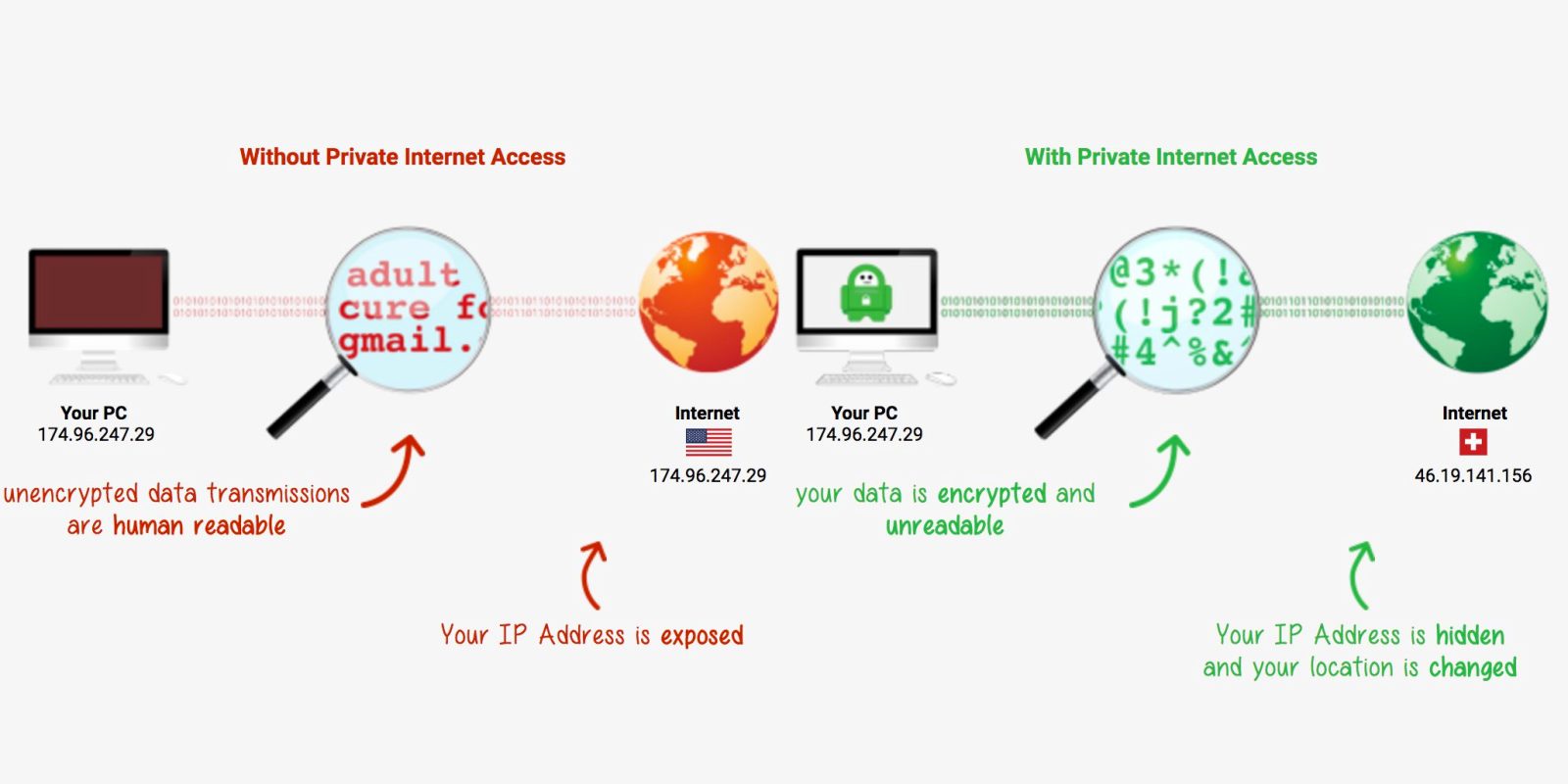 Step 1: Download a VPN at first
A VPN is a network which lets the internet user change their IP address and make it seem like they are using the internet from a different region or even a different country from anywhere around the world. Most free VPNs have restrictions on how much data one can use in a day, and most of these free VPNs do not work properly in countries with so much of high internet security like China, so it is advised that one pays a monthly amount from their wallet and gets a higher volume bandwidth in the VPNs and can also use the connection properly.

Step 2: Choose between many options of VPNs
As there is a scarcity of properly usable internet websites and apps in China and people are trying to use them by hook or crook, there is a variety of VPNs that has been set up to provide the users of China to let them use the websites. One should do its research before downloading and installing a VPN and also keep the fact in mind that the government can take down any of these VPNs at any moment.

Step 3: Remember to download a VPN protocol
A VPN protocol is sort of a VPN host, and it is needed for letting a VPN connection work smoothly.

Step 4: Installing a VPN
After running a search on the web in China to download a VPN, one should be getting links to install it. Although sometimes a user can’t find a link to install the VPN they desire to install, and at those times, one should try downloading the files from atorrent.

Step 5: Running the program of VPN and also how to choose a country
Once installed, one should run the program of VPN. This is mostly same for all of the VPNs, though occasionally some interfaces are different. There one will be prompted and asked which country to choose, and one should choose a country where Google Hangouts is not blocked and that way the VPN will set up the computer with a fake IP address which will look to be used from outside of China.

Video Guide Shows You How to Access Hangouts in China on Galaxy S7?

Warm Prompt: If you don’t know How to select Best Android VPN to Watch Hangouts in China on Galaxy S7 or how to set up VPN on Mac, computer, laptop, android smartphone, tablet, or iPhone/ipad device, you’re recommended to live chat with Our Online Expert for instant help!