How to Troubleshoot VPNs Reporting the Errors?

A Virtual Private Network (VPN) is a versatile technology that can be applied in many aspects such as protecting privacy, unblocking geo-restrictions and so on. The VPN is easy to use but difficult for many users to fix when it fails. When there is a failure, an error message usually with a code number will be reported to the user by the client program. In this article, we will have a look at some most common VPN errors together. Hope it will be helpful in certain aspects for you.

What is the VPN? What Can the VPN Technology Do for You?

The Virtual Private Network, which is also called VPN in short, is a versatile technology that can be applied to various occasions to solve all kinds of problems. The technology allows users to establish a private network across a public network like the internet. By using this technology, the users’ devices may work as if they were hooked up to a private network. Programs working across the VPN may therefore enjoy many advantages of the private network, with security and functionality included.
Benefits and Advantages by Applying the VPN Technology
Depending on this technology, you will be able to enjoy all the benefits and advantages of the VPN technology concluded as below:
1、Stay completely anonymous online to protect yourself against hackers, spammers, identity thieves, government surveillance, spyware and marketers
2、Enjoy blazing high-speed, reliable and continuous point to point file-sharing with complete anonymity
3、Circumvent port blocking and speed throttling management measures of the ISP
4、Enjoy free or public Wi-Fi securely
5、Unblock the government censorship and enjoy geo-restricted resources such as movies and TV shows on the Netflix and Hulu
6、Relying on the VPN technology, employees in the geographically separated offices of a company will be able to access the intranet of each office in a secure way.

PureVPN is a one of the most professional VPN service providers in the area of VPN technology. It is established in 2006 and headquartered in Hong Kong. The most important advantage of the PureVPN is its ability of being able to provide feature enriched VPN services at amazingly low price range. Smart DNS, Internet Kill Switch, NAT Firewall, DDoS Protection, StealthVPN Browser and Split Tunneling are prominent features included in the PureVPN’s VPN service package. It is worth mentioning the PureVPN has 249 highly optimized European located in Germany, Russia, Turkey and dozens of other countries. 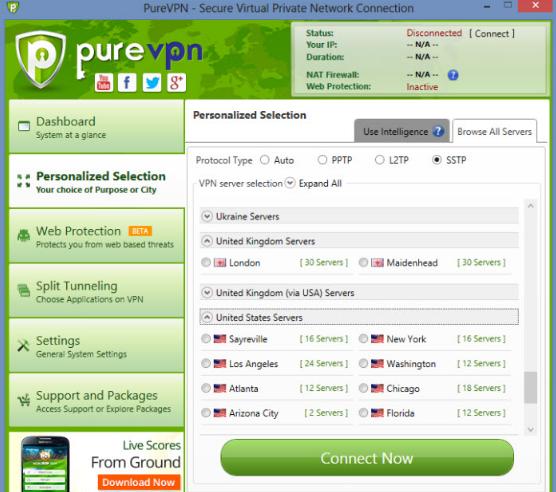 Established in 2009, the ExpressVPN has developed to be one of the most popular VPN service providers in the world after years of continuous improvements. If you are the one who are looking for a VPN service provider that can practice the customer-facing philosophy well, ExpressVPN is our recommendation in this review. The considerate services like 24/7 customer support, a 30-day money guarantee, and software that has been designed to be as easy to use as possible are measures the company takes to ensure customer satisfaction. 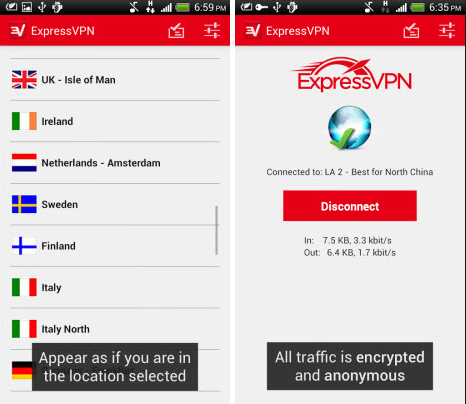 Compared with many other leading VPN service providers, the Ivacy may not be the best of them. But in some aspects, this Hong Kong based company will impress on you pleasantly. With the service of the Ivacy, the users will be able to highly customize their VPN connections. There are many ways to do so, among which the personalized selection menu in the Windows client and the useful split tunneling tool may be the two methods that are known by most users. Besides, Ivacy is regarded as dark horse in the world of VPN technology. 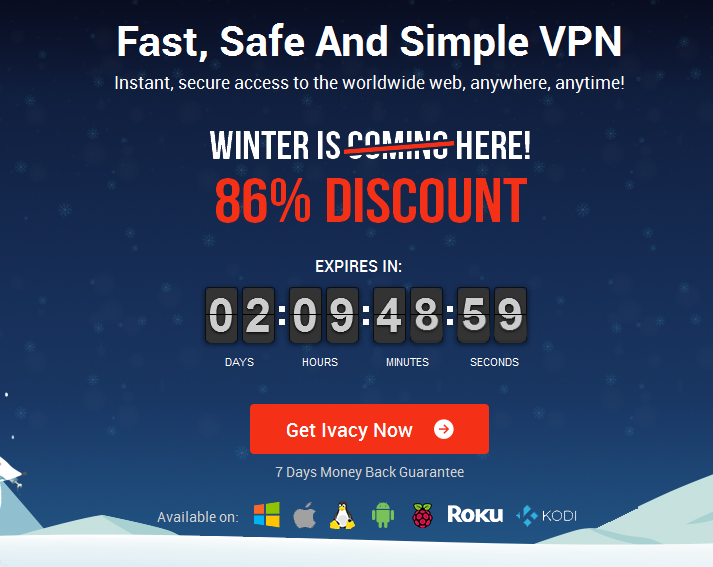 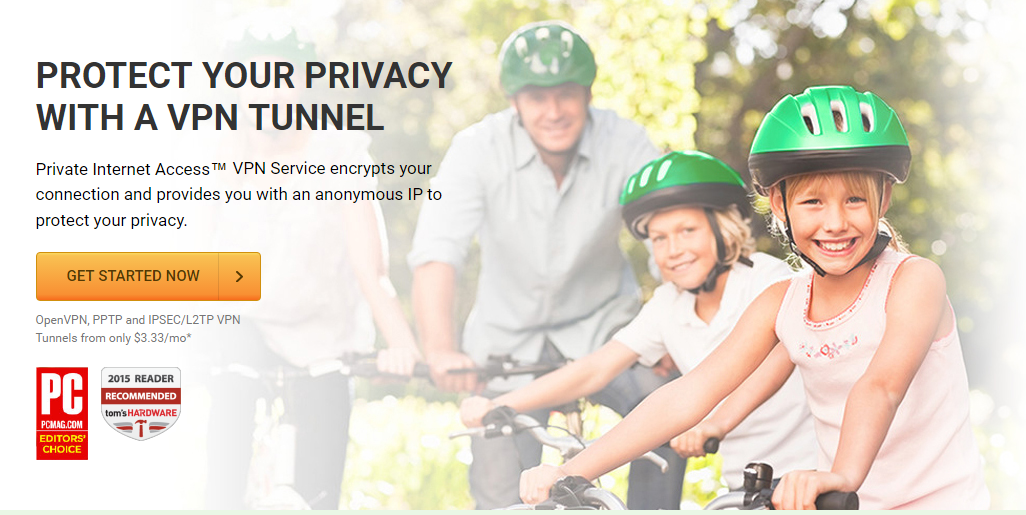 Kindly Reminder: If you have any questions regarding how to tackle VPN problems, set up a new VPN on your device, or if you are looking for a VPN solution that can best satisfy your needs at reasonable costs, please live chat with Yoocare online expert for help.

How to Troubleshoot VPNs with Common Errors?

VPN Error 800
“Unable to establish connection” – The remote connection is not established and the server is out of reach by the VPN client. There are many possible causes that may result in this error, such as improper connection of the VPN server to the network, overloaded server or network, defected configuration settings, incompatibility between the local router and the VPN type, temporary failure of the DNS server and so on.
VPN Error 619
“Error 619: A connection to the remote computer could not be established, so the port used for this connection was closed. For further assistance, click More Info or search Help and Support Center for this error number.”- This is also a very common problem related a VPN service. The firewall, third party software, antivirus programs or port configuration issues can bring about this error.
VPN Error 51
“Unable to communicate with the VPN subsystem” – This is a VPN error happening on a Cisco VPN client. When the client fails to connect to a network or there is no local service running, this error occurs. To tackle this problem, you can try restarting the VPN service, properly reinstalling the VPN client and troubleshooting the connection of local network.
VPN Error 412
“Secure VPN connection terminated locally by the Client. Reason 412. The remote peer is no longer responding”– A Cisco VPN client reports this error and delete the VPN tunnel when it “thinks” the VPN isn’t responding anymore. Network failure, NAT device and firewall occupying ports are the several issues that cause the problem.
VPN Error 721
“The remote computer did not respond” – The error 412 on Cisco clients was discussed above just now and the error 721 can be imagined as the error 412 on the Microsoft VPN client. Breakdown of the remote computer, network failure and firewall issue are probably the causes of this error.
VPN Error 720
“No PPP control protocols configured” – The Windows VPN reports this error when there is no common protocol in place between the clients and the remote servers. To resolve this problem, it is needed to install the protocols supported by the server onto the system. Sometimes incorrect settings of the server can bring about this error.
VPN Error 691
“Access denied because username and/or password is invalid on the domain” – This is not a very technical problem. The user may have tried to logon the Windows VPN with the wrong username or password. And the system should be specified a correct Windows domain if the computers are involved in a Windows domain.
VPN Errors 812, 732 and 734
732: “Your computer and the remote computer could not agree on PPP control protocols.”
734: “The PPP link control protocol was terminated.”
812: “The connection was prevented because of a policy configured on your RAS/VPN server”
The Windows VPNs report this type of errors when the authentication method configured in the connection profile does not match with the one the server uses to verify the logon ID and password. Either updating the user’s permission or update MS-CHAP support on the server may help resolve this problem. Any of these three error codes may apply depending on the network infrastructure involved. If the authentication protocol is set using NPS, error 812 will happen, otherwise error 734/732.
VPN Error 806
“A connection between your computer and the VPN server has been established but the VPN connection cannot be completed.” – This is an error involved with the router/firewall. If the TCP Port 1723 or IP Protocol 47 (GRE) is not allowed on the firewall/router, such an error will take place. Usually, the problem can be settled by opening the mentioned TCP Port or IP Protocal.

For highly experienced VPN experts, it is not difficult to resolve some particular problems effectively and efficiently. While for many ordinary users, a standard network troubleshooting guide is helpful to have many VPN involved errors fixed. First, make sure there is good network connection between the device running the VPN client and the internet or other wide area network. Secondly, the network settings of the VPN client need to be set up in line with the requirements of the target VPN server. Finally, many VPN errors are issues involved with the firewall and antivirus programs. It is a useful method to temporarily switch off the local network firewall or antivirus tools to decide if the VPN connections are interfered by these programs. And some network ports need to be kept open for certain VPNs to run normally.
Kindly Reminder: If you have any questions regarding how to tackle VPN problems, set up a new VPN on your device, or if you are looking for a VPN solution that can best satisfy your needs at reasonable costs, please live chat with Yoocare online expert for help.