Can’t uninstall Windows No-Risk Center virus? How does the rogue program bypass the advanced antivirus and install itself in the computer automatically? Will this fake antivirus damage the target computer terribly? If so, what is the most effective way to remove the risky rogue program from the contaminated system without causing any damages? Go over this post and follow removal guide below to remove the fake antivirus effectively.

Windows No-Risk Center is identified as a fake antivirus that targets computer users from worldwide. It is capable to install and launch itself automatically every time system starts. The fake antivirus alert pops up on the screen and makes obstacles for users to perform their various activities on the computer. Besides, the rogue program pretends to be from legitimate party, as its interface seems so real to users. It supposedly offers users advanced security center including firewall, automatic updates and antivirus protection etc. and different types of scans like quick scan and deep scan, only to trick users into signing up and registering its fake full version of the product. It actually obtains the same tricky tactics as another fake antivirus Windows Cleaning Toolkit does to fool users into purchasing its so-called full version. Indeed, it is nothing licensed or legitimate but a risky fake anti-virus program that does great harm to the computer and cheats users’ money on purpose. So it is high time for users to uninstall this malicious rogue program from the computer completely before any further damage occurs.

The fake antivirus is a harmful computer virus that displays fake alerts, claiming that threats have been detected on the target computer. It supposedly offers users to get ultimate protection against various types of threats. Also, the fake program asks users to activate its full version in order to get full protection. In this case, many computer users are scared and worried about the computer situation that they purchase the fake registered version of the product, aiming at scanning the system and remove all detected threats. As a matter of fact, the rogue program is a computer virus itself, and it won’t be helpful to users or protect the computer from any other computer threat. Providing that you sign up and registered for the so-called full version, you will find that the computer gets damaged terribly and the money is paid in vain. Never trust or purchase the full version of the rogue program. Instead, take actions to remove the tricky Windows No-Risk Center virus from the contaminated system entirely.

Apart from tricking users’ money, the fake antivirus triggers great damages to the computer. The rogue program keeps running in the computer and takes up the CPU usage greatly. The affected computer gets slow, and it is frozen up easily in processes of startup, shutdown and large program launching. Once the fake antivirus stays in the computer too long, it will cause unexpected damages to the computer, such as system crash, blue screen of death and corrupting system file errors and so on. To make it worse, the bogus anti-spyware corrupts your normal programs to prevent them from taking effective, for instance your licensed and advanced antivirus. While being disabled, your antivirus won’t help you remove the risky rogue program entirely. Thus, manual removal will enable you to uninstall this fake antivirus from the computer effectively. 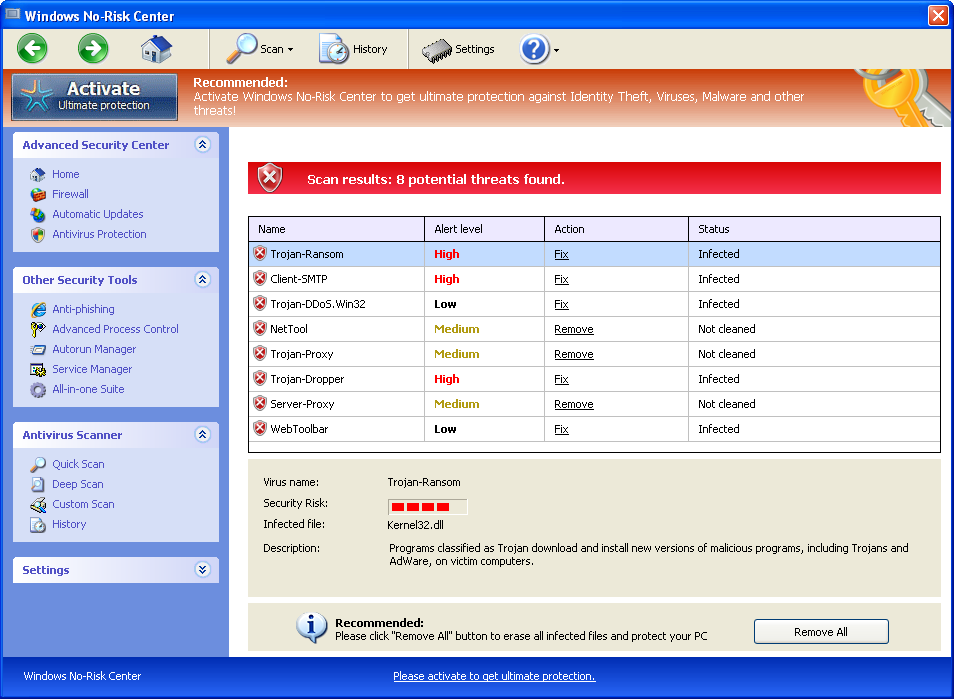 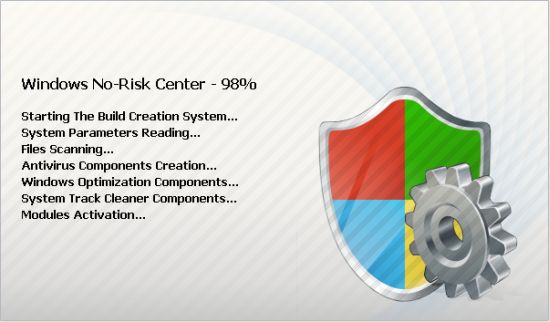 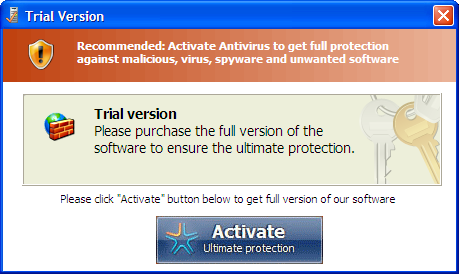 Symptoms to Tell Your Computer Has Been Infected by The Fake Anti-spyware.

Although this tricky Windows No-Risk Center virus can escape the scan of legitimate antivirus program, it also can be picked up by its symptoms.
1. Your computer will be much slower than before just like crawl which make you really upset.
2. Some malware you never saw before will be downloaded automatically after you turned on your computer.
3. You can find that your computer resources are highly consumed.
4. You will be kicked off the needed website quickly and then receive its pop up immediately.
5. Sometimes you may find that your keyboard likes dead because you can’t do anything on it.
6. In your system, you can receive some random files with a long name. However, these files not belong to you.

The Windows No-Risk Center virus pops up on the screen every time users turn on the computer. It makes great chaos during your computer tasks. With this rogue program, the computer gets slow system performance and poor network connection. It gets freezes easily during users’ activities on the computer, such as surfing the web, launching programs and playing games etc. Also, executable programs are greatly affected by the fake antivirus. Particularly, even the advanced antivirus still gets disabled by the rogue program. Once your advanced anti-virus software gets blocked, it can’t seem to remove the fake anti-spyware entirely, let alone any other potential threat. Users should be aware that the rogue program is nothing useful but a dangerous computer infection needed to be uninstalled from the computer immediately. However, a PC repair shop or local technician may help you remove the rogue program, but it just turns out to be a waste of time and money. In fact, manual removal way is highly appreciated. PC professionals online will help you remove the stubborn fake anti-spyware from the computer completely and safely.

4. Search for all related registry entries infected by the fake antivirus and wipe them out:

As the above mentioned, we learn that Windows No-Risk Center is a bogus antivirus takes the computer at great risk and scams users to purchase its so-called full version. It won’t help users to remove any computer threat or protect the computer against risky virus attacks. In fact, the fake antivirus is designed and distributed by cyber hackers to scam users into purchasing and activating its full version, so as to further corrupt the computer and steal vital information from unwary users. While being affected, the computer will run very slowly and gets poor network connection. Computer users will find it difficult to surf the web, play games and watch videos, as the rogue program keeps popping up to make chaos. The rogue program affects the executable programs terribly, and it also related to the system freezes, crash and other computer damages. Since your advanced antivirus gets disabled by the fake program, then manual removal is considered to be a better choice. If you remove the fake antivirus with no success, please contact YooCare PC experts 24/7 online to help you remove the fake anti-spyware from your computer completely.