Win 8 Antivirus 2013 is a fake antivirus program that comes inside the target computer through security holes found. It mainly targets computers running with Win 8 operating system. This damaging program also has another names called Win 7 Antivirus 2013, XP antivirus 2013 or Vista Antivirus 2013 depending on different operating systems. Both of them have the same purpose is to intimidate victims into believing their computers have been contaminated with numerous security infections, and then strive to convince PC users to buy the nonexistent full version so as to extort their money.

In fact, recently there are many released versions of rogue programs designed to scam its victims and destroy their computers such as Win 8 Protection 2013. Once it is running, it can modify system registry to add its own entry that will make itself to run every time Windows is started. To accomplish its trick, it will display numerous error messages and fake alerts, claiming that the victim’s computer has been invaded by Trojans, viruses, spyware and other malware threats. Moreover, it can disable some functions of the PC, including the Windows Task Manager and also block you from accessing Internet.

At first sight, this program may seem to be a legitimate security program, but, in reality, it’s a fraudulent and useless security tool with the aim of stealing your money. Unwary users could mix it with other real antivirus programs and be tricked into believing that it’s real. Once a victim has fallen for the scam and paid for this useless product, they get nothing but just lose their money. It is found that many people submit their payment information because they do not want to risk their PC health but in reality they just hand over their credit card information to criminals that will use it to commit fraud. Thus, Win 8 Antivirus 2013 virus is a dangerous program that can cause disruptions in your computer as well as steal your money, computer users should take immediate action to get rid of it as soon as possible.

Win 8 Antivirus 2013 is in the process of scanning 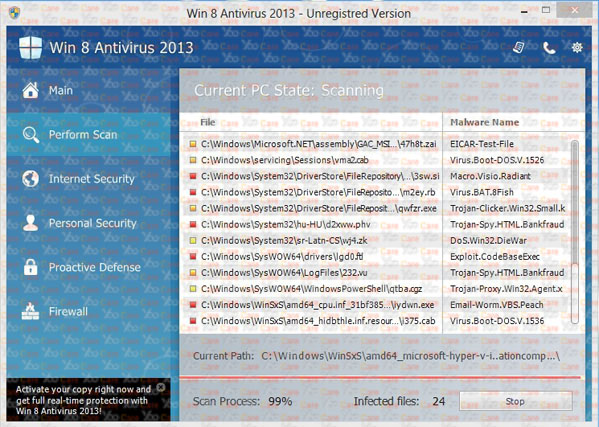 “Win 8 Antivirus 2013” Alert Can Block You From Accessing Any Executable Files. 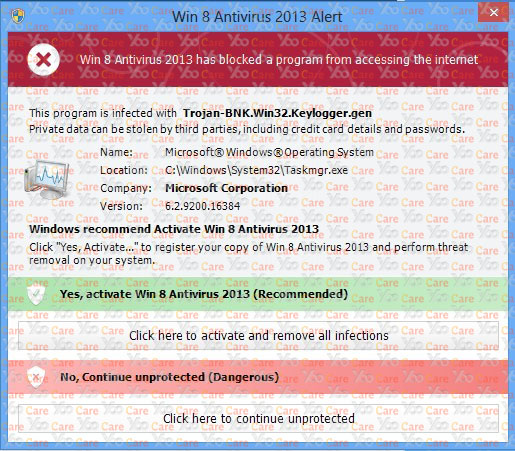 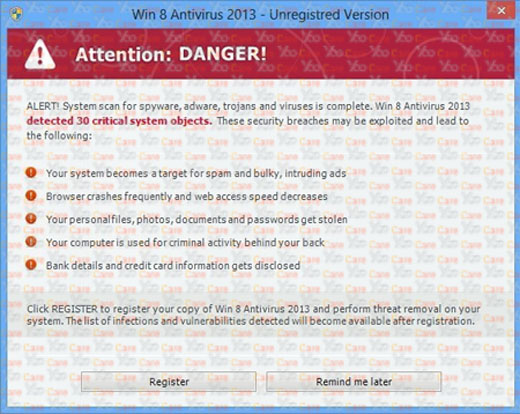 Win 8 Antivirus 2013 virus is quite nasty and stubborn when it’s installed. When it is installed, it will automatically run scans and report to you that there are many infections in your computer. It may display constant fake pop ups to increase the pressure. Other than that, it also can:
# disable certain functions of the computer including Windows Task Manager
# help other viruses and malware get through the computer protection system easily
# force victims to pay for its fake registered version so that PC hackers can collect credit card info
# threaten data storage and PC stability causing computer auto-restart every once in a while
# get frequent system crashes, decreased system performance, browser redirect issue, and problems about accessing files etc.

How Does This Rogue Program Come to My Computer?

There are so many ways can lead this malware to get inside the computer, but most of the time it is beyond your knowledge.

2> It may be installed through spam email attachments, media downloads and social networks.

1. Reboot your computer to safe mode with networking. 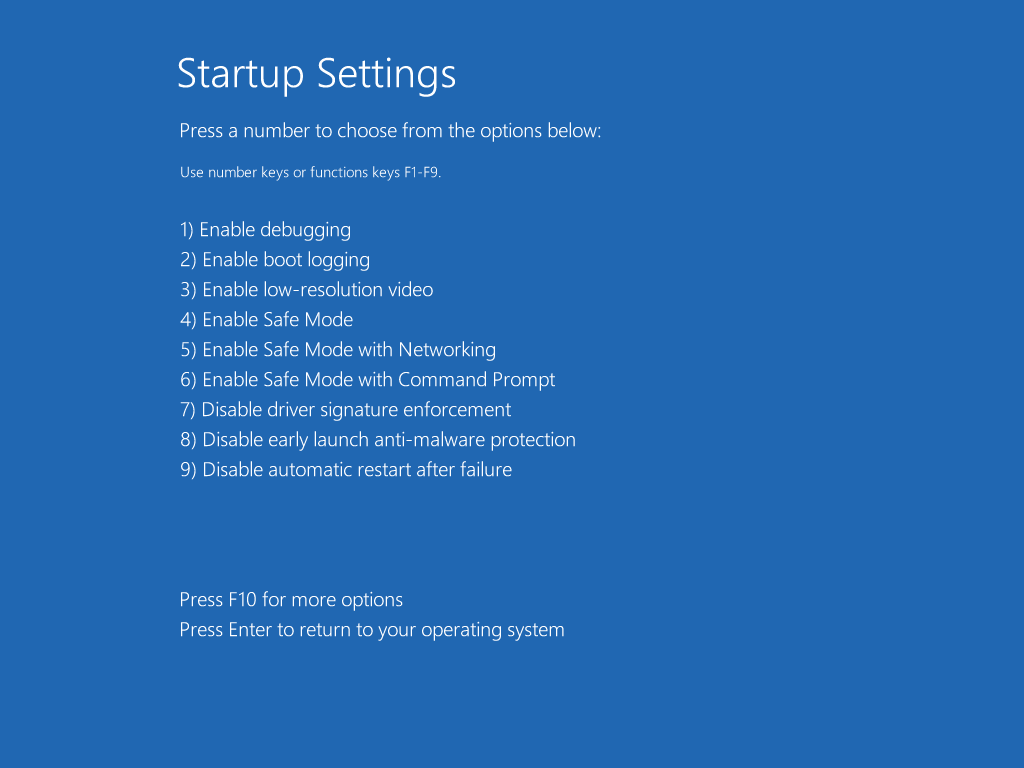 Win 8 Antivirus 2013 is a nasty virus used to target computers with Windows 8 operating system. Computer users with the Windows XP, Vista or Windows 7 operating system will find that XP Antivirus 2013, Vista Antivirus 2013 and Win 7 Antivirus 2013 installed on their computer respectively. Once this virus is downloaded, it makes harmful changes to the Windows Registry and your computer’s settings. Then it runs many fake scans and tells that your system is in danger. And eventually, it prompt the victim to pay for a ‘full version’ of this rogue security application. But it should be noted that you must NEVER believe warnings displayed by this rogue program and fall into purchasing the ‘license’ which is more than worthless. This is a scam and should be removed as soon as possible.

If you have no idea how to remove a virus manually yourself, to avoid damaging your files and computer system, live chat with YooCare experts now to save your computer and remove the virus immediately.