It is reported recently that many computer users from Netherlands have been attacked by an aggressive virus which can totally lock your computer and stop you from accessing to it. The virus can even show up in safe modes making many people feel depressed. Even though it is a messy trouble, it’s still fixable. Find more information about it in the following passage.

Buma Stemra Politie or buma.stemra virus, is known to be a famous virus that can lock your computer in the name of authority. A lot of computer users, especially those from Netherlands, have come across this evil scam in recent days. But it’s not satisfied by just staying in one country. It is also reported that many computer users from other countries like those from the United States and England can also be targeted while they are also victims to other Ukash viruses like the FBI MoneyPak virus and PCeU ukash. By blocking you from accessing to your computer, this scam asks you to pay for the penalty fee first then it will unlock your computer right away. But it is a total nonsense which you shouldn’t trust.

Chances that you can be attacked by Buma Stemra Politie virus are a lot. Even if you have installed antivirus software, your computer will still be vulnerable when you log in illegal websites to download porno movies or install free unknown programs. Nowadays, computer viruses are so genius that they can avoid the detection and removal from most antivirus programs and sneak into your computer to create security flaws. By taking advantages of the vulnerability, Buma Stemra virus will get itself installed in your computer and stop you from accessing to your desktop to use the antivirus software. Then a full screen comes up saying that your online activities have been violated the law of Netherlands and as a punishment, it locks your computer to prevent you from doing more illegal activities. You may feel confused as you haven’t done what it tells. But there’s no time for wondering as it’s now asking you to pay 50 euro to unlock your computer. If you have realized that Buma Stemra Politie is not a friendly program but you couldn’t uninstall it, you are not suggested to make the payment as it won’t unlock your computer even if you pay. The most important thing to do now is to start deleting this fake program as soon as possible.

If you are not a Pro in computer in removing viruses, please contact with YooCare Experts now and let then taking care of your computer. 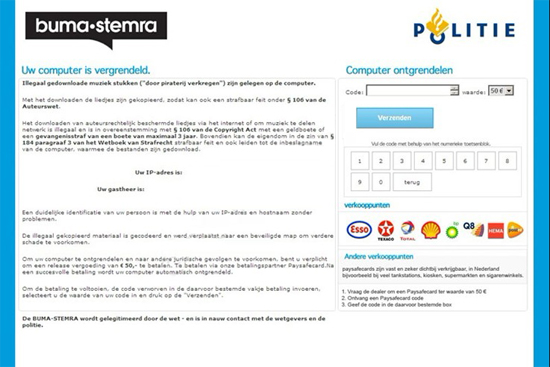 You will not be experiencing other dangers except for the lock screen. But it’s in fact carrying on its infections inside your computer. That’s why an immediate removal is urgently needed. Below are some dangerous activities it does to your computer:

a) It will create more system security flaws and vulnerabilities to allow more viruses and spyware to be installed in your computer;
b) It will drop other infected files and folders in your computer to mess up with real ones so that your legitimate antivirus tool cannot detect them;
c) It will allow hackers to enter your computer and trace all your activities. They will collect valuable information among those activities and make an illegal profit out of it;
d) It may also infect safe modes if there’s not a fast removal.

If you do have some experience, you could follow the manual removal instructions here to do it on your own. Besides, a backup of important files and data is needed at first. Any small mistake may lead to damages to your hardware. Then start by following the instructions here:

1. Reboot the infected computer, repeatedly hit F8 and use arrow keys to select and get into “Safe Mode with Networking”;

2. Open the Windows Task Manager by press Ctrl+Alt+Del together or right click on the bottom Taskbar; 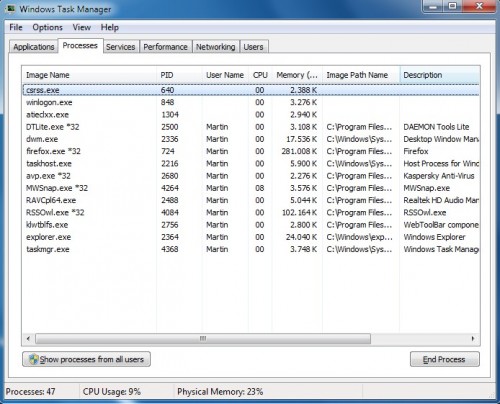 5. Reboot the computer when the above steps are done.

NOTE: If you have failed to remove Buma Stemra Politie virus by the above steps, please contact YooCare Expert for a fast and professional help.