iPhone 14 hand-on experience: The iPhone everyone should be using 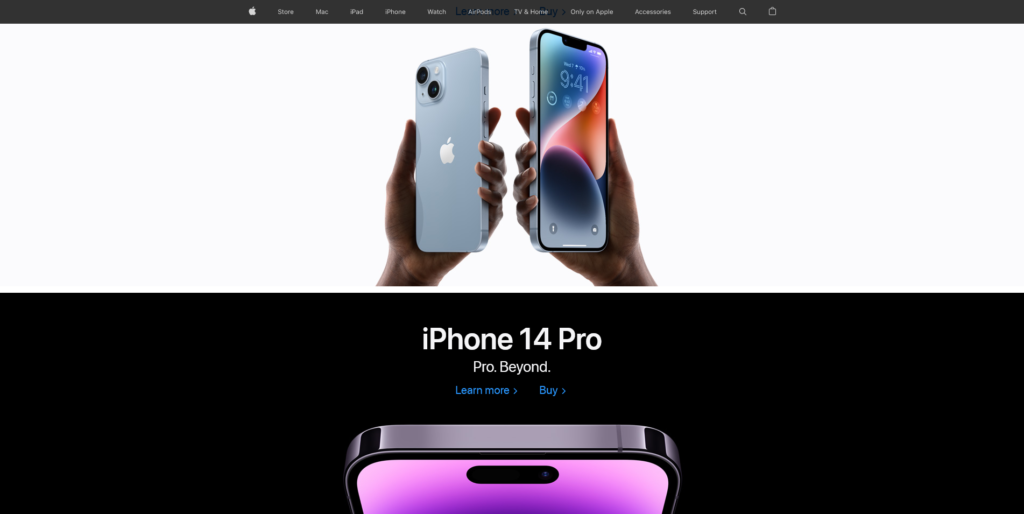 Since the end of Apple’s autumn new product launch, the iPhone 14 Pro series has been in the limelight, and smart island, high pixels, dark purple, etc. are still hot topics on social networks today. In contrast, the iPhone 14 series released together can be described as a lot of low-key, not only can be purchased smoothly on the day of the first release, there is no pressure to rush to buy, and the media has little attention, and the number of reviews is much less than the Pro series.

However, if you look back at the previous iPhone sales data, it is not difficult to find that the digital series is the “volume” model that supports the market share of the iPhone, and more users have also established brand recognition of Apple through the digital series. During the National Day holiday, I also used the iPhone 14. In this article, I would like to talk about this low-key and pragmatic player and share my buying advice.

Appearance
Compared with the previous generation of products, the design of the iPhone 14 can be described as completely unchanged. In addition to the color scheme, the size, lines, chamfers, etc. of the phone are exactly the same as the iPhone 13. However, the iPhone 13’s case cannot be used on the 14. Since the iPhone 14 uses a new lens module, the camera module of 14 is one circle larger than the 13. Although the size difference between the two is minimal, it is (very laborious) to see the difference after putting the two machines together.

The new color scheme is the biggest highlight of this generation of iPhones in terms of appearance – the new blue is very beautiful. Compared with the far-peak blue of the iPhone 13 Pro, the blue saturation of the iPhone 14 is significantly higher, and the color of the aluminum alloy frame is bluer than the color of the back plate, and the overall appearance is brisk but not frivolous, which is my favorite color in recent generations of iPhones.

Jane was recently considering switching from iPhone 11 Pro to 14 Pro, and had already made up her mind, but she was immediately attracted by the color scheme after seeing my iPhone 14, and even accepted my “buy an iPhone 14” persuasion, which shows the lethality of this blue.

In addition, for old users using iPhone before the iPhone 12, the iPhone 14 has a small difference, that is, the Face ID module has become higher and narrower. This change has already appeared on the iPhone 13, considering that most of the friends who buy the iPhone 14 should be upgraded from generation to generation, so perhaps you will notice this slight difference.

Performance and heat generation
Apple has adopted a new product evolution strategy on the iPhone 14 – the previous generation of flagship SoCs is devolved to the new generation of the regular version of the product line. As a result, the iPhone 14 is equipped with the “full” A15 chip, instead of the latest A16.

For the performance of the new mobile phone, I will not pay much ink, after all, the iPhone 13 Pro has repeatedly appeared in countless mobile phone evaluations in the past year, and friends who are familiar with technology products must know its capabilities very well.

In my week with iPhone 14, the biggest heat of the phone is two moments: First, when transferring data from the old phone, the heating process will continue until most of the app downloads end; Second, when taking pictures continuously, the heat will gradually cool down after turning off the camera for a period of time. The above two scenarios are typical scenarios of iPhone heating, and the peak temperature of the iPhone 14 is not very high compared to older products (such as the iPhone 11 Pro Max, which I have used for a long time). Since I often use it outdoors at higher temperatures, I don’t feel that the new phone is calm overall, but it is not as grumpy as it used to be. And a set of phone cases, all the heat can pretend not to exist.

Photography
Although the image is not the biggest selling point of the digital series, the iPhone 14’s imaging system is still an improvement over the previous generation – the wide-angle main camera has been replaced by the ƒ/1.5 lens on the iPhone 13 Pro, which supports sensor-shifted optical image stabilization; The ultra-wide angle parameters are still ƒ/2.4 and 120° viewing angle, but the amount of light is increased.

It is worth mentioning that the Photonic Engine that Apple highlighted at the autumn conference is not only exclusive to the Pro series, it also appeared on the iPhone 14 series. Specific to use, it can be clearly felt that the iPhone 14 is more sensitive to light in low-light environments and can get photos with good brightness and clarity at relatively high shutter speeds.

Apple has always been obsessed with “capturing images quickly at all times” – almost every generation of the main camera area has been greatly improved, but the final effect is not that the light is as bright as day, but that the length of time to wait for the shutter at night is getting shorter and shorter. In the process of using the iPhone 14, I seem to understand Apple’s intention to do this – non-professional mass users may not understand the “night light is low, need to lower the shutter speed” and other truths, they want to press the shutter at any time to hear a “click” and then simply get the photo.

However, the shortcomings of the iPhone’s excessive synthesis in some scenarios that lead to a heavy “plastic smell” are still there. This generation uses the synthesis algorithm of Smart HDR 4, which is unchanged from the previous generation. I personally think that the reason for the “plastic smell” is that Apple overemphasizes the overall brightness balance of the picture, so it will strongly compress the light ratio, resulting in the destruction of the lighting atmosphere of some scenes.

After experimenting, I found a more rudimentary solution: shoot with the highlights in the frame as the metering point, and then pull down one or two exposures to highlight the texture of the subject. At the same time, I will also select “Rich Contrast” in “Photo Style” and add a little warmth to strengthen the layering of the picture.

iPhone 14 adds a sport mode to filming. I usually shoot very few films, so I haven’t used this feature much. After a simple attempt, the iPhone 14’s Sport Mode does achieve a fairly smooth picture, but it needs to shoot with plenty of ambient light, otherwise there will be more noise in the picture.

In my opinion, this feature is ideal for non-professional users who occasionally shoot sports scenes – imagine that if an elder in the family wants to record the grandchildren running around the ground, teaching them to tap the “sports mode” button while shooting a movie is obviously more realistic than buying them a mobile phone gimbal.

Battery
Last fall, I was impressed by the battery life of the entire iPhone 13 series. This year’s iPhone 14 not only has a little longer theoretical endurance than the iPhone 13, but also the actual situation is quite good.

I use my phone at two rhythms on a daily basis: I use it moderately during my workday – memorizing words during my commute, watching YouTube, and using my phone to attend online meetings, make phone calls, listen to podcasts and music during work, and so on. In this case, iPhone 14 can easily achieve a day charge, from eight o’clock in the morning to seven o’clock in the evening to get home, the remaining power can exceed 20%; On holidays, it is possible to use it heavily – while listening to podcasts and taking pictures, the phone continues to light up in the big sun, and the SoC also has to continue to process photos. In this case, the battery life of the iPhone 14 can support half a day, and if I go out after lunch and go home at seven or eight o’clock in the evening, the remaining battery of the phone is between 10% and 20%.

In short, compared with the old iPhones, the battery life of the iPhone 14 is no longer a short board, and the only regrettable thing may be the charging speed. Fortunately, the endurance of a day charge makes the iPhone 14 no longer so dependent on the moment of power, if you have power anxiety or need continuous power supply, you may consider a MagSafe charging treasure, at any time hang it on the iPhone to ease the anxiety. Of course, the cure is also Apple to quickly charge as soon as possible, so that the iPhone can quickly get rid of the notoriety of “charging snails”.

Overall, the digital series of iPhones is still the iPhone of the masses, its upgrade rate does not seem to be as large as the Pro series, but the core experience still maintains a first-class level, and the weight is much lighter than the Pro series, and it is easier to hold and carry around for a long time. Under the sparkling aura of Dynamic Island, the iPhone 14 series may be a more rational choice for your daily use or gifting friends and family.